Hi All, now before i start this is not a dig at people but is sometimes makes me a little cross that some powered forms of transport, do not need any training. 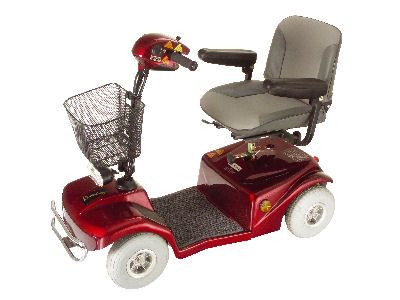 The vehicle in question is the mobility scooter, now I'm am not saying they should be tested as such, nor am i saying people should not use them as they provide independence for thousands of people, but they are often used on the road. Twice today i have had one just pull off of the pavement in front of me with out looking it was safe. I had to swerve in both cases, but the second one could have been nasty, as i was pulling out of a junction at the time, and before you say it, yes i saw the person and they were not close enough to the kerb for alarm, but worth noting.  I stopped ask the person why they didn't look, and was given a bit of a mouthful, which quickly halted when i mentioned i was an Approved Driving Instructor.

One of the things i was told, was  "you need to look where you are going",
To this i replied "yes i know did you?"
"No" was the reply.
So that was followed up by "what if it was someone less on the ball or careful, you could have been hurt"
"Sorry" was the reply.

We had a quick chat and i said it "ok no one was hurt but please do look before you go into the road" Job done, a little community spirit and education.

We can all learn from this, experienced and learners alike, look out for the unexpected as you never know. But i do think a littler road knowledge (highway code) before going out on such things might not only help us in cars, but could also keep them safe too, as they are more vulnerable than car users.
Posted by Unknown at 04:37